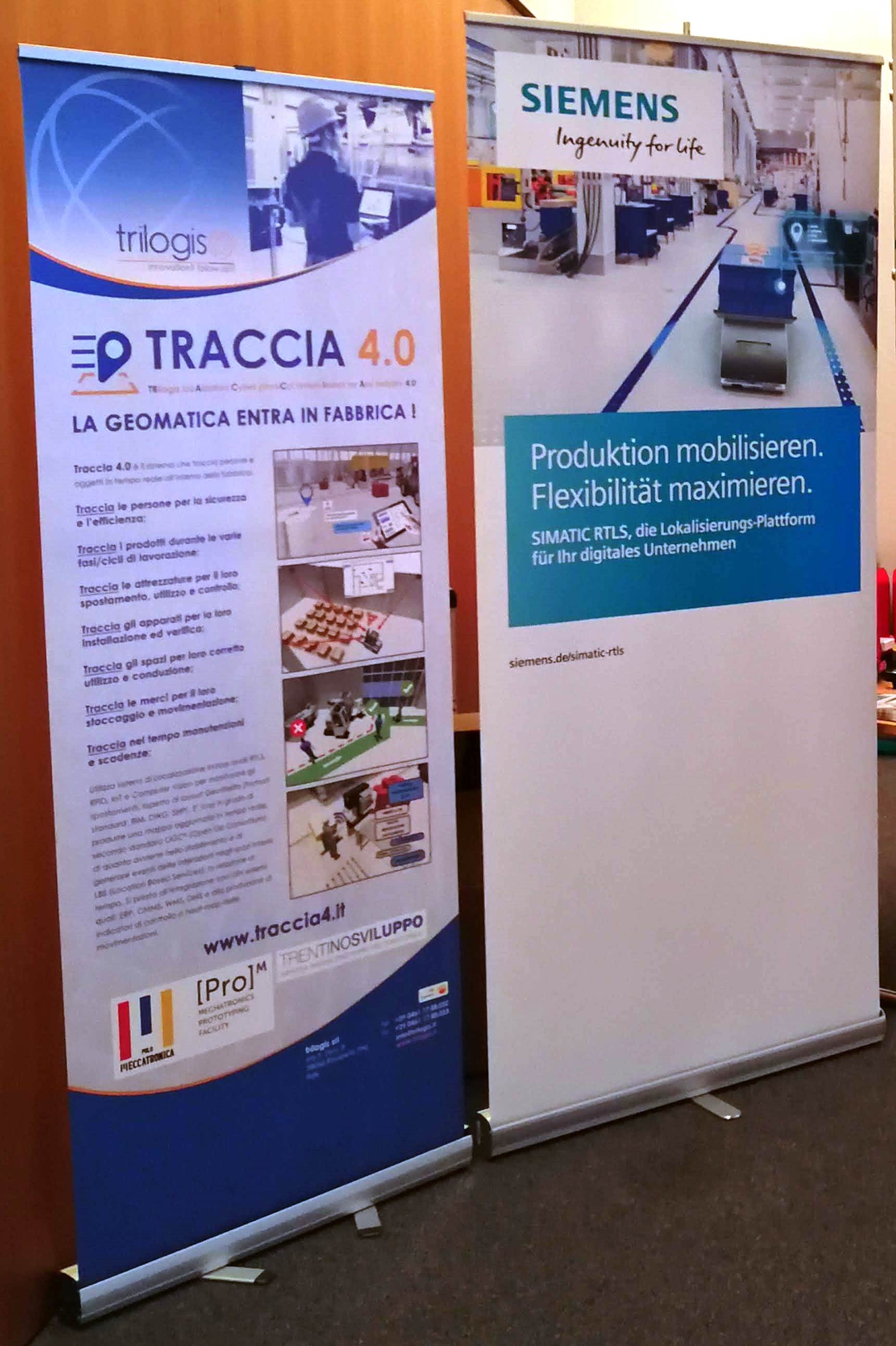 Trilogis took part at the SIEMENS ITALIA  event dedicated to the sales force;
the  convention took place at the Congress Center of the “Porto Antico” in Genoa from 1 to 3 October 2018.

After taking stock of the most important technological innovations adopted by SIEMENS, these have been illustrated live to the large commercial force present.

In particular, in our area of interest, the real-time location technologies (RTLS) were presented in indoor spaces, which are the key technologies for the digital factory.

In this scenario, Trilogis, thanks to its long-standing LBS (Location Based Services) skills based on the best RFID, RTLS and I-GIS technologies, has operationally suported SIEMENS for the installation, calibration, start-up and operation of the indoor RTLS system made in the specific stand, as shown in the images below. 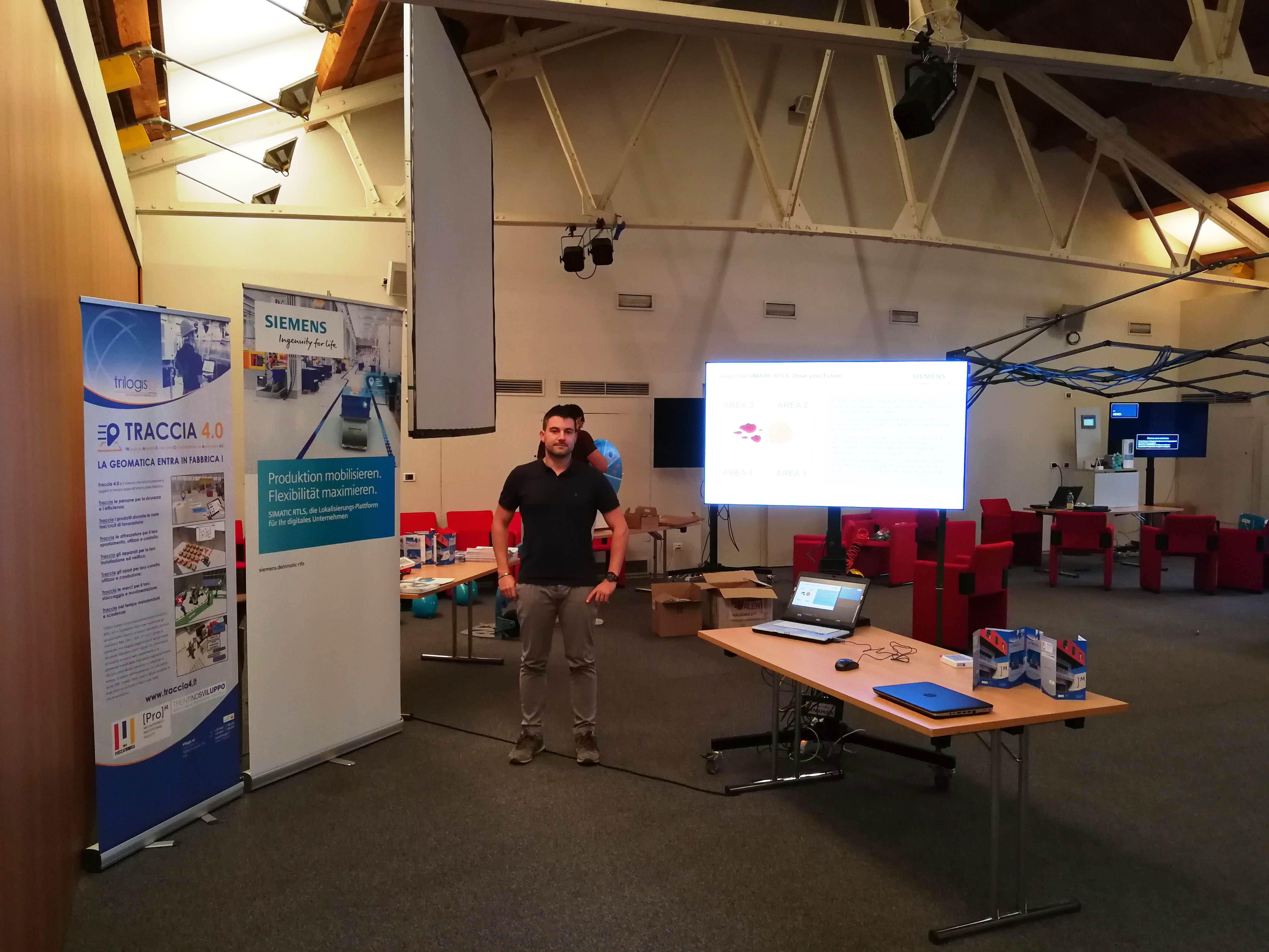 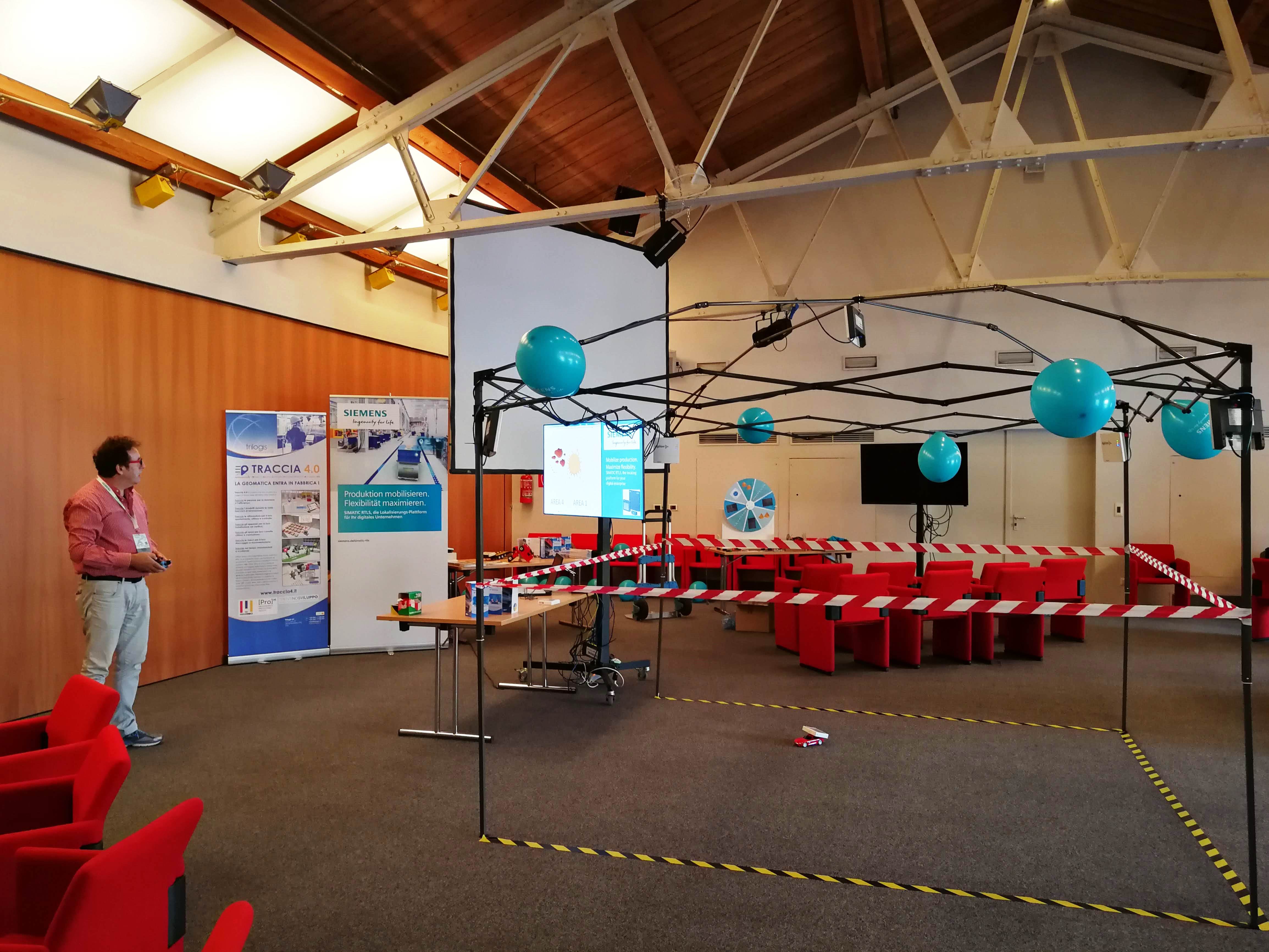 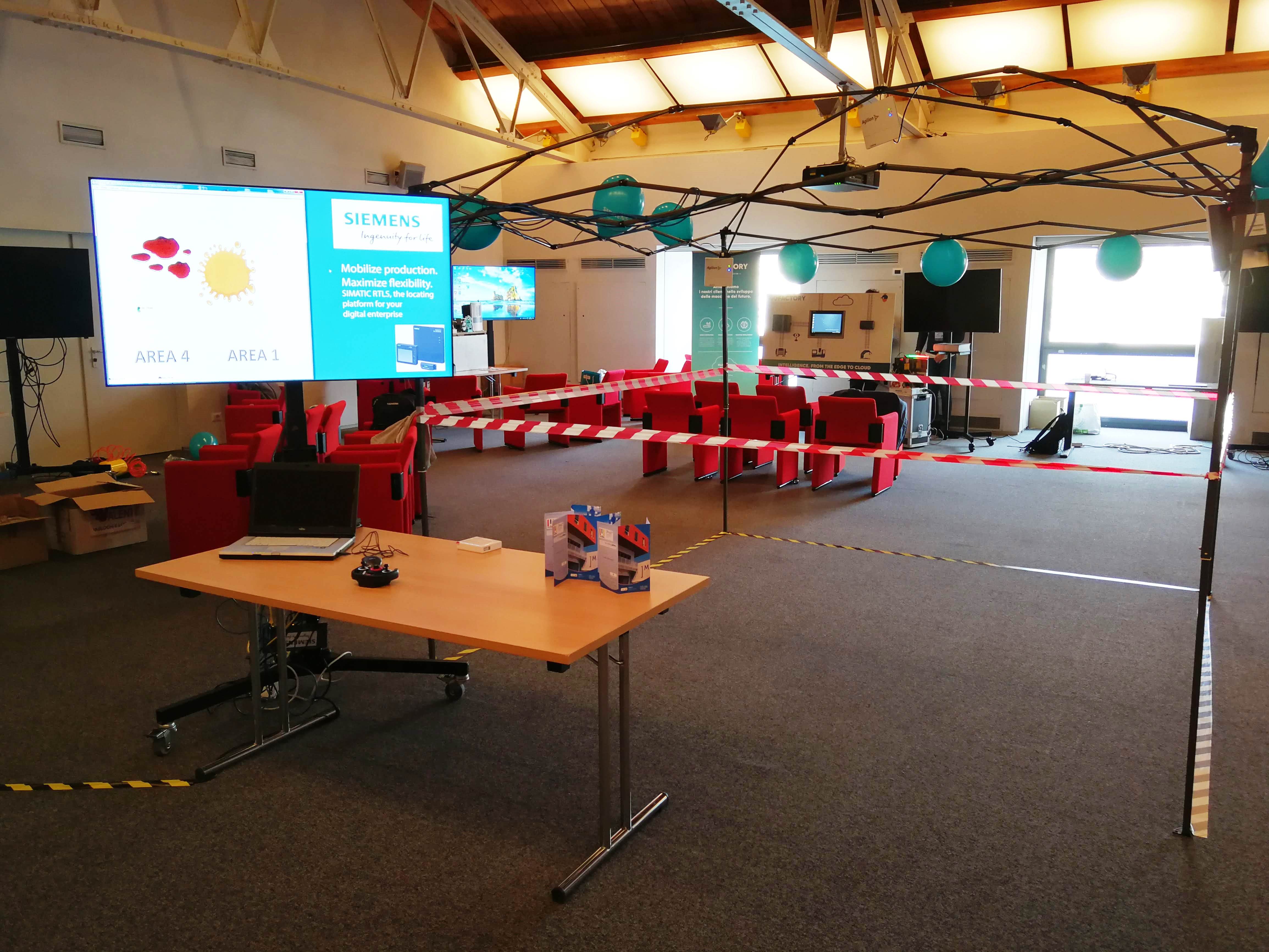